To commemorate the one year anniversary of the opening of BLUEorange Contemporary in Houston Tx, BLUEorange, and Houston curator Mark Hougham      ( “What America Wants” -Poissant Gallery 2003, and “Work is a Four Letter Word”- M-squared Gallery 2006…etc ) are pleased to announce the opening of “Houston vs. Austin”. An exhibition of a selection of artists from two very different, but intrinsically intertwined Texas metropolises, both with their own respective, burgeoning, and energetic art communities.

“Houston vs. Austin” aims to bring together artists from both cities, from a multitude of various creative disciplines. Each artist brings to the table their own unique approach to creating fresh, relevant work in the “Lone Star State”. With an emphasis on artists whose work in a way has connotations of–or a general visual response to–the socio-political atmosphere of each of their cities, this show will inevitably create a visual dialogue between the two sibling cities, and will also highlight the subtle differences and similarities between the art communities that are known for a long-standing, and sometimes even playful, rivalry. 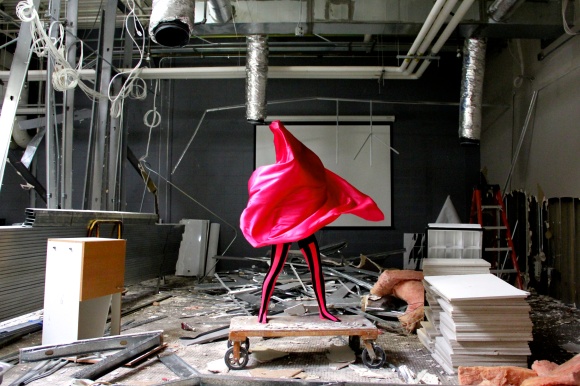