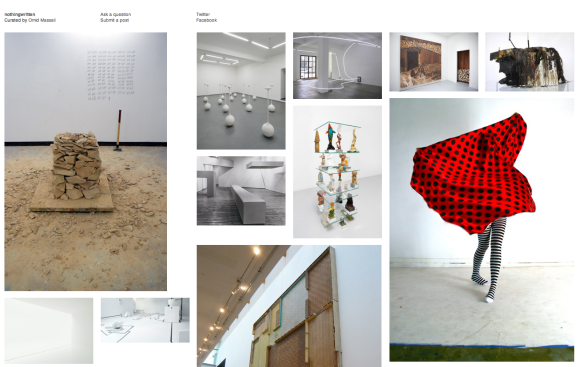 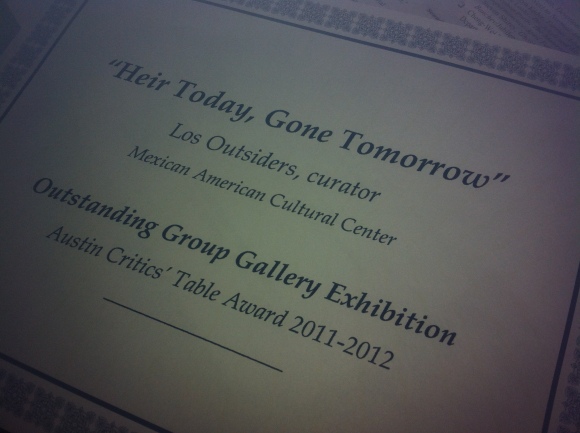 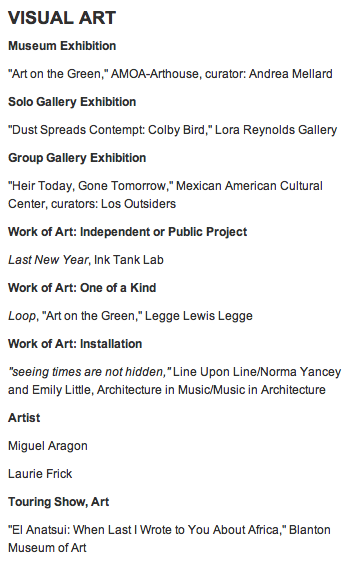 “This Is As With It As It Is,” Lora Reynolds Gallery 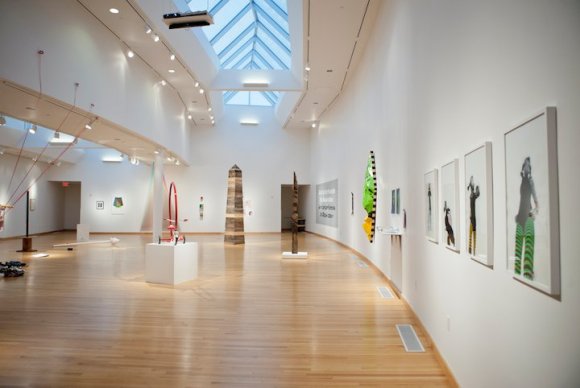 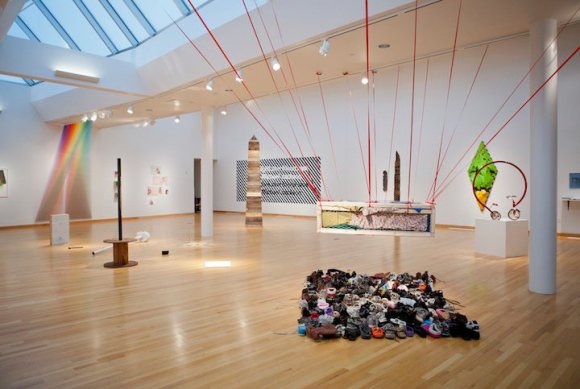 Example of that last: Blue Room, a UV photo printed on birch plywood, the photo of a woman (standing, naked, adorned with body paint) which would be “merely” compelling in its stark design and nudity and photographic clarity – but the woman’s also got a sort of thick and flaccid horn arcing unicornwise from her painted forehead, and the horn is covered by a, well, it looks like a yellow and black striped sock. So Blue Room is visually striking, yes, but it’s also hilarious and difficult to look at without fighting back the giggles.

And note the printed on birch plywood part: As beautiful and galvanizing as the photographic work of Hernandez and Hundley is, it accrues a greater depth when reproduced upon the shades and textures of thin plywood via a process that, gallery owner Jill Schroeder tells me, might not have been possible if Whole Foods hadn’t previously commissioned the printers to attempt the method in the first place. Who says commerce can’t drive beauty?

And who says that beautiful commerce, especially in the art world, can’t be affected by scarcity? Eschewing opening receptions (so filled with crowds of people mingling and marveling) at grayDUCK, waiting until later in an exhibition’s run to see what’s what, has led, twice now, to the discovery that the single piece of art that I most covet and that most fits my budget has already been purchased by some earlier bird with excellent taste and less agoraphobia. Such was the case this time with Hundley’s photo-print-on-plywood Blood in Dreams, which yet remains, red dot rampant near one corner, for your perusal.

It’s all still there for your perusal, so near any of several fine eateries along South First: These oversized photo prints, embellished or otherwise; the clever and enigmatic sculptures incorporating pallets or string or a bound tower of skateboards; the concrete manifestations of creativity from the minds of Hector Hernandez and William Hundley. 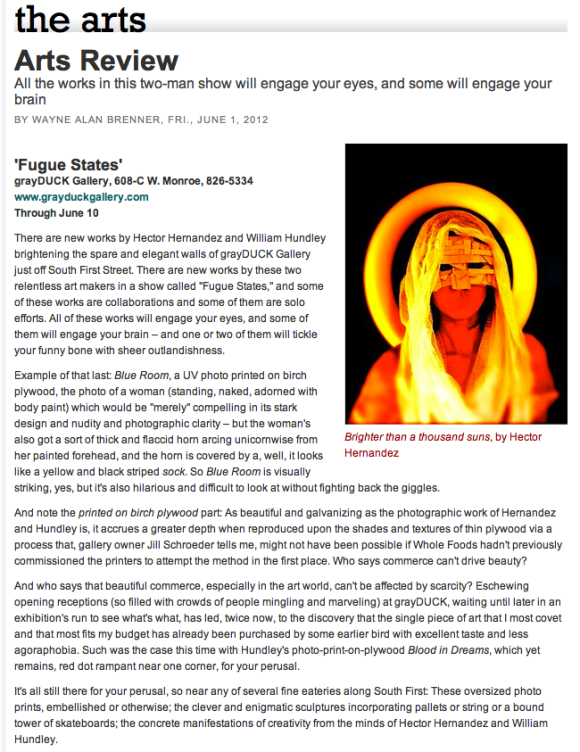